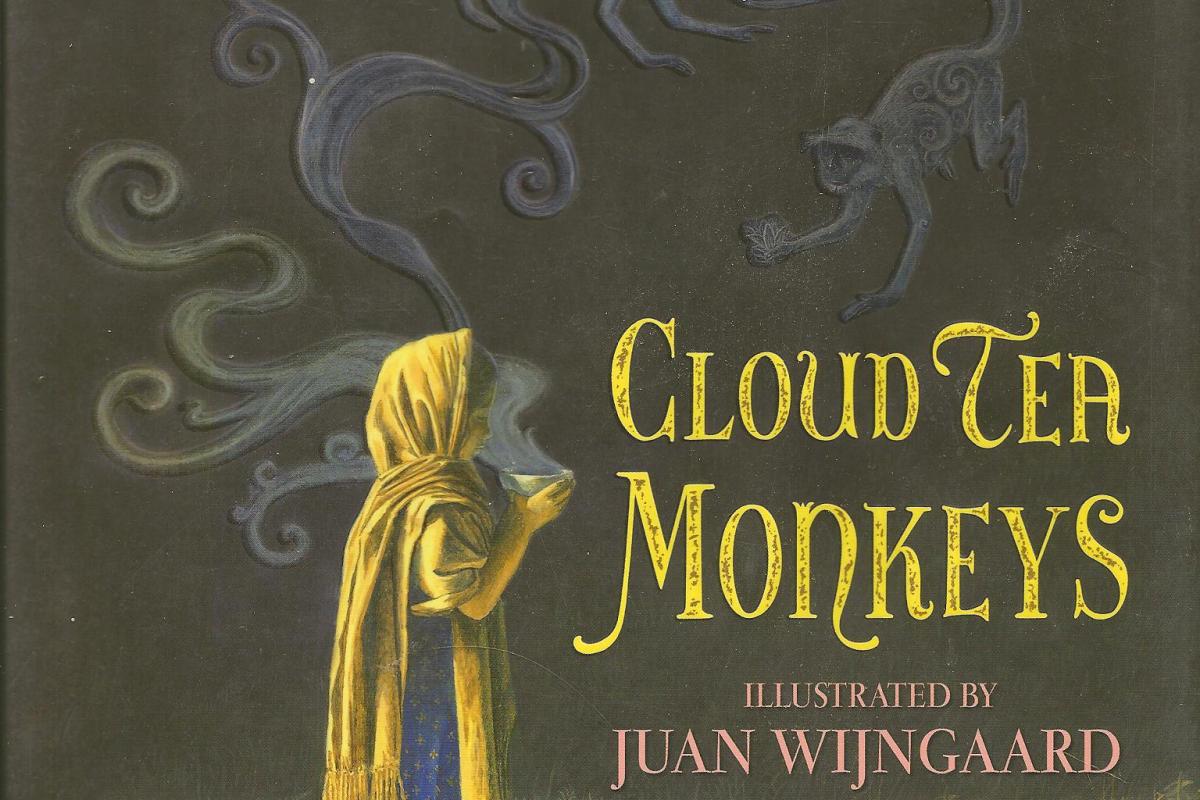 One of my great pleasures when I wander through the library is to go to the staff picks display in the children’s section.  I still feel the same delight as I did when I was a child and faced a shelf of face-out picture books.  I used to tease my kids that I only had them so I could keep reading “children’s” books.   The truth is I had kids to prove to myself that some of the contentment that eluded my family of origin, but I found in books, could be replicated in real life.  Through a series of fortunate events, I was able to do that by having two extraordinary children.

Now that they are in their mid to late 20s, I can no longer use them as excuse to read children’s books.  I’ve aged enough to realize I don’t even need an excuse, the stories, the pictures and the windows into the wondrous world are good enough reasons.  If you haven’t picked up a picture book, a fairy tale or a young adult novel since you were “age appropriate,” I strongly suggest you rush over to the children’s section of your library and reacquaint yourself with happy endings.

I’ve felt for years that some of our best artists and illustrators are in the children’s section.  From simple pen and ink drawings to gorgeous paintings to illustrations that rival the illuminated manuscripts of ancient books, the art available for us in these books is truly inspiring and uplifting.

My favorite book of the moment is Cloud Tea Monkeys by Mal Peet and Elspeth Graham, illustrated by Juan Wijngaard (Candlewick Press, 2010).

This story is based on the many tea picking stories and legends from the Himalayan region, but is a new tale all its own.  There’s a fine modern sensibility that gives you a sense of how we are all connected, but it has an ancient feel to it.  A mother earns her living for herself and her young daughter picking tea under the watchful eye of a cruel overseer.  The daughter, Tashi, accompanies her mother to the tea plantation but she passes the day with a friendly group of monkeys who live on the fringes of the plantation.  Tea picking is a delicate business that requires strong tall women who can bear the weight of giant baskets and know how to discern the best leaves:

“…they found their places and began plucking the tender leaves and buds and tossing them over their shoulders into their big wicker baskets.  The rows of glossy green tea bushes curved into the distance like waves.  Tashi had never seen the end of the plantation.  Perhaps is had no end.  Perhaps it went right around the world.

Within an hour, the sun had sucked the mist up out of the valleys and hung it like a great gray curtain over the tops of the mountains.  Up there, on those wild mountaintops above the clouds, were things Tashi was afraid of:  big cats with jade green eyes and snakes like yellow whips.”

This is the kind of mesmerizing writing that elevates Tashi’s tale to the realm of myth, although it’s a fairly grounded tale of a child having to rescue her parent with the help of the natural world.  Tashi’s mother becomes ill and can’t work.

Though the basket is bigger than her, she drags it the long distance to the plantation and begins to pick leaves, only to be mocked to tears by the plantation overseer.  She seeks solace with her monkey friends and that friendship proves to have more magic in it than Tashi can imagine.  Her simple acts of kindness and friendship with the animals result in a miracle for her and her mother. 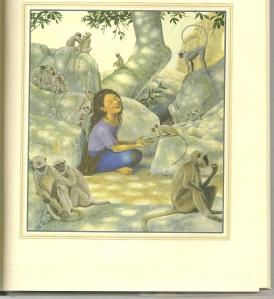 Mal Peet and Elspeth Graham are a husband and wife team.  One writes in the attic and one in the basement, but they meet in the middle to turn out tales like this, the seed of which was planted when Graham was researching tea.

The book is elevated further by the stunning illustrations by Juan Wijngaard, an illustrator from  New Mexico, who has illustrated more than 30 books.  The use of full color plates with pen and ink insets in the text give the book wonderful charm.  His skill with expressions is precise and moving – from the pensive face of Tashi as she contemplates her mother’s illness to the wonderfully funny faces of the Royal Tea Taster when he discovers the Cloud Tea.

I check lots of books out of the library and one’s that I find especially beautiful or touching, I buy for my own personal library.  This goes on the buy list.  I can’t wait to share it.

I also checked out Stand Straight Ella Kate: The True Story of a Real Giant by Kate Klise and illustrated by M. Sarah Klise (Dial Books for Young Readers, 2010).

It’s a great book about Ella Kate Ewing who lived from 1872 until 1913, and reached a height of 8’4”.   What caused her lots of grief in her early life became a way for her to prosper as an adult.  She was part of traveling shows and circuses.  She became wealthy and autonomous at a time when few women enjoyed such freedom.

There are fascinating statistics and illustrations on the end papers.  My favorite is an “actual size” drawing of her hand.  This is a great book for anyone of any age feeling awkward about their size and it made me want to read a more detailed biography of the lady who is still known in Scotland County, Missouri, as the Gentle Giantess, and has a large, reflective lake named in her honor.