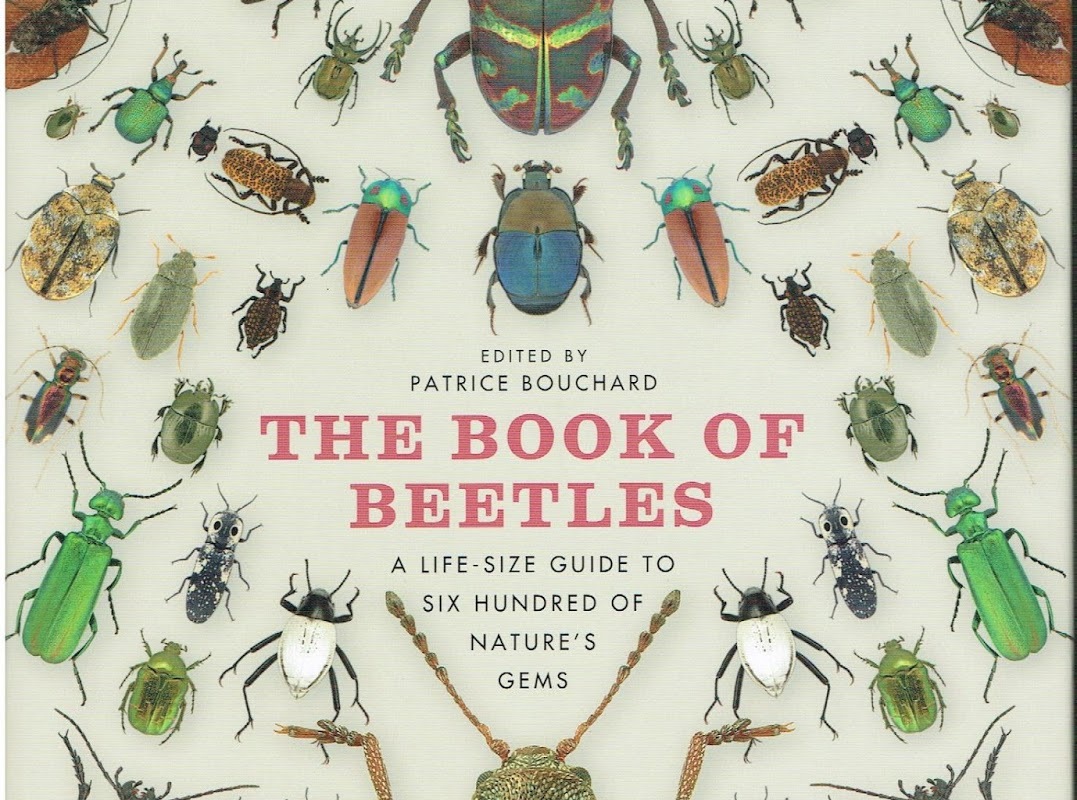 One of the 10 year old boys in my neighborhood came over for an art lesson recently.  He was a little glum.  At first he said he was fine but then he said he’d had a fight with his older brother and lost.  He really just wanted to play on his game device.  I asked if he’d like to see the new book I got first, The Book of Beetles.  Then he could play on his game device if he wanted. 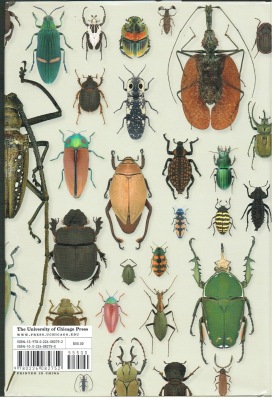 Much to my delight, we spent the next hour looking at beetles and marveling at their strange shapes and beautiful colors.
Did you know that one out of every five creatures on earth is a beetle?  There are over 400,000 known species and it’s estimated that there millions more to be identified.  The Book of Beetles, edited by Patrice Bouchard, published by the University of Chicago Press, presents 600 beetles in all their glory.  The beetle family, Coleoptera, includes all sorts of bugs, from the firefly to the aptly named Goliath beetle.

Each entry features a distribution map, basic biology and information on the cultural significance of each beetle.  Crisp, beautiful photographs show the actual size of the beetles and enlargements show the exquisite details.

This book isn’t written for children, it’s for anyone who is interested in beetles, science, and the natural world.   It’s a beautiful book, with care taken with the binding.

I know not every child is going to choose browsing through such a book to a video game, but for some, at a certain age, a book like this can open eyes to the wonders and dramas of the natural world. It’s a good book to have around the house for just such a day.  And for me, it’s a reminder of the strange beauty that exists on this planet.  We are finding out more and more that all species are interconnected.  Developing a respect and understanding of insects is important in understanding the complex web of life.

On the University of Chicago Press website, they say:
When renowned British geneticist J. B. S. Haldane was asked what could be inferred about God from a study of his works, Haldane replied, “An inordinate fondness for beetles.”
You may find yourself with this same inordinate fondness, too, after reading this amazing book.  My young friend and I are both now hoping to one day see the Western banded glow worm and we’re keeping our eyes open for any interesting beetle that may scurry through our lives.

Patrice Bouchard is research scientist and curator of Coleoptera at the Canadian National Collection of Insects, Arachnids, and Nematodes. He is the coauthor of Family-Group Names in Coleoptera and the award-winning Tenebrionid Beetles of Australia. Bouchard serves on the editorial boards of The Canadian Entomologist, ZooKeys, and Zoological Bibliography.
The University of Chicago Press is printing a wide variety of great books.  You can read more about them here.
Thanks for reading my blog.  Keep your eyes open. There’s wonder all around.