September is always like the beginning of the year for me.  I guess I got into that feeling when I was in school and it seemed I was older, a younger self left behind, often with disdain.

It’s also the month of my birthday — and most years that’s a cause for celebration.  But I always slightly resented September weather — it’s “supposed” to be cooler, but here in Memphis we usually have summer heat until October.  After living in the cool wet Northwest for about a decade, though, I made my peace with September heat.  The wet weather there was exacerbating arthritis pain, so now I just enjoy an extra month of baking but hurting less. 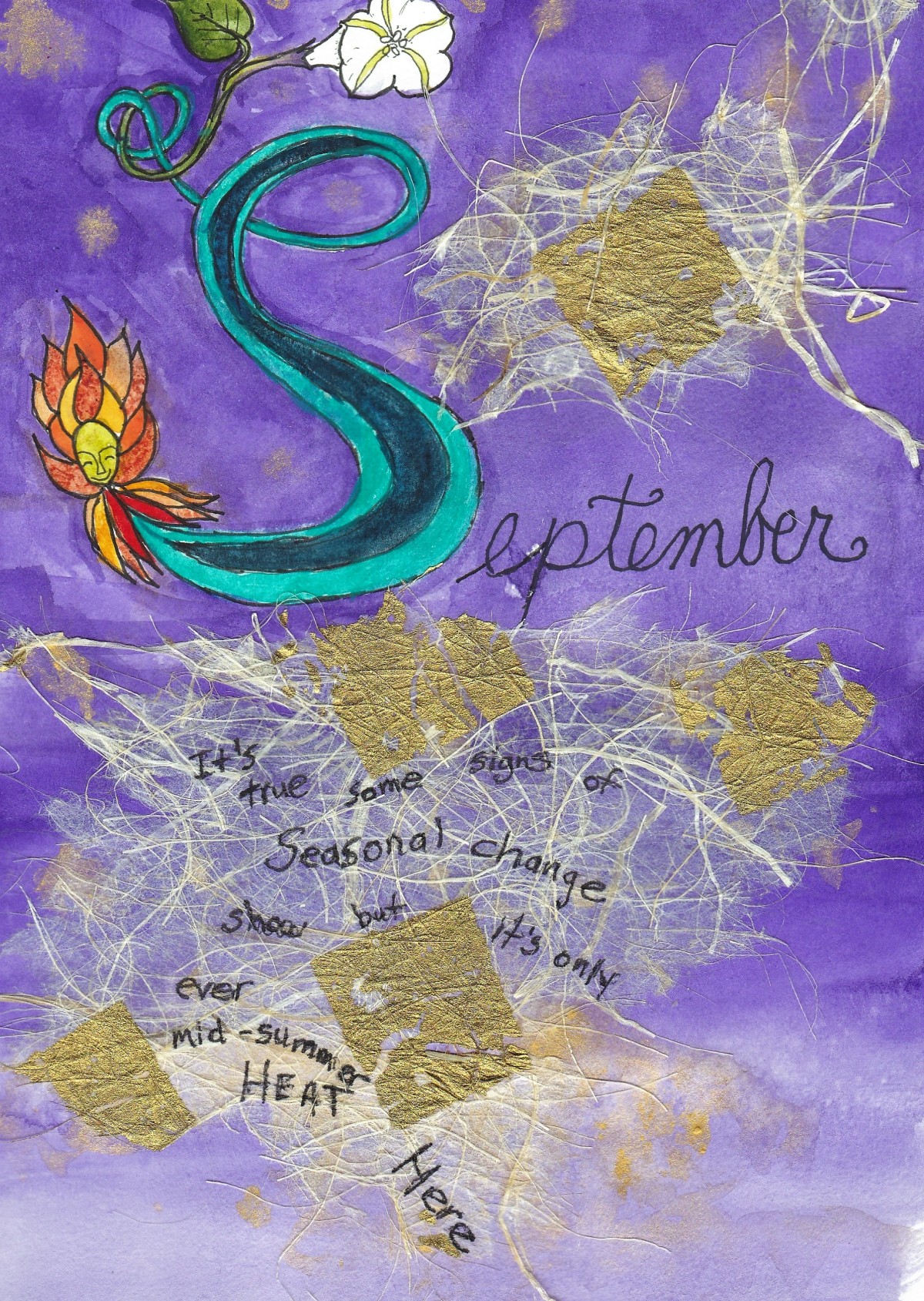 September is my daughter’s birthday, too.

This year I didn’t get the birthday buoyancy I usually feel for just surviving and outliving an early prediction about my lifespan.

When I first got sick, back when I was 16, with seizures and weakening muscles, I was told I might have any number of degenerative diseases that could end my life by the time I was 30.  It was 1976, before there were MRIs and the kinds of tests that can diagnose disorders better.  I stopped having seizures in my mid-20s.  But my legs continued to weaken.  I had “possible multiple sclerosis,” or more often, the diagnosis was “abnormal.”  Then in my late 40s, they found a lesion on my spinal cord, and gave me the diagnosis of Transverse Myelitis, a rarish disease, but one that should be stable.

Only it wasn’t stable.  I lived for about a decade in denial of increasing weakness and body changes.  I blamed instability on my osteoarthritis.  I sometimes gave myself a hard time about not exercising, or eating poorly.  But when I did those things, I didn’t improve.

This last year, I got a full MRI work up and it was discovered my spinal cord was thinning and I have an even rarer disorder called “Hereditary Spastic Paraparalysis.”

Through it all, I’ve always imagined I’d be a partial user of a wheelchair, but would still be able walk some, around the house, get in and out of bathtubs, have some balance.  I would still get in and out of friends houses and restaurants with just a walker and a helping hand upstairs.  But that’s all fading a bit.  I keep falling.  The reality of my own delicacy has been as hard as the floor on which I contemplate the loss of independence.  I am an advocate of interdependence, we all need each other in many ways we take for granted, but still….

I know I’ve talked about this on my blog before, but the upcoming birthday has made me melancholy.  I have bi-polar and feared a depression was settling in.  Then I feared it wasn’t, that I’d become a melancholy and anxious old woman.

I didn’t plan a party or an art show.  In fact, I’ve been a little blocked about everything.

But I’ve got great friends and family.  I’ve spent the last week being taken out for meals, given presents, and given support.  I allowed myself to talk about my fears, my disappointment, my delusions.  And my friends, they listened and they gave me the best gift — their understanding.  Nobody has tried to undermine my mourning of my strength, they just subtly and emphatically proved that they’d be there for me.  There is a hand on my elbow when I’m in dangerous terrain.

I had felt like an abandoned scarecrow, like the crows had pecked me apart.  But sort of like in the Wizard of Oz, my friends put me back together, and got me back on that yellow brick road — even though we all know the Wizard is just a guy improvising his way through life like the rest of us.

It’s a lesson I learn over and over — that in spite of my fears, I have love in my life, and that kind of assistive device will carry me through anything.  I am rich beyond belief.  Each day there is some jewel out there shining for me, if only I keep my eyes focused outward.  I know that it’s impossible to do on my own, so learning to rely on others has been the biggest gift of it all.  To trust.  To love.

I am thankful for another year of being in this world with my friends and family.  And to all of my internet readers and supporters who listen and provide insight and share their own struggles.

11 thoughts on “Birthdays and other reasons for pause”